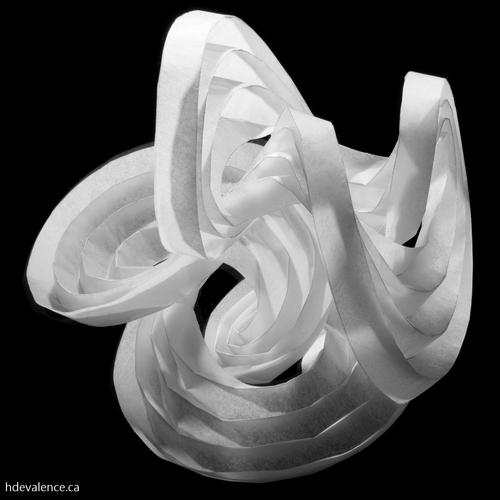 More images at the bottom.

Curved-fold origami is pretty fascinating. These are some photos I took of a tracing paper model I made after seeing some work by Erik Demaine, and some really interesting curved-fold sculptures made by David Huffman (the same Huffman as Huffman coding). It’s sort of magical how the paper and curved pleats create this flexible surface.

The crease pattern for this model is incredibly simple: it’s a series of evenly spaced concentric circles, with a hole in the middle. Pleat along the circles and you’re done. Actually folding it, though, is a bit tricky. I find it’s best to try to very carefully fold one circle at a time starting from the outside, and possibly unfolding the creases you’ve already made in order to get the flexibility required to do the next curved crease. If you’ve never done a curved fold before, I’d suggest scribbling gently curved lines on scrap paper and practicing before trying concentric circles, and to make the smallest (i.e., inner) circle decently large.

For more information on how the model folds, this paper on the arXiv is a good start. It’s by Erik Demaine, Martin Demaine, Vi Hart, Gregory Price, and Tomohiro Tachi, all of whom are interesting people. I already mentioned Erik Demaine at the top, Vi Hart has some really cool expository mathematics, and Tomohiro Tachi has done some really amazing curved-fold origami (his Flickr page is here) and wrote some software to simulate rigid-folding origami (i.e., folding with rigid materials like plywood) on the computer.

Some of the photographs have some ghosting; this is because they were taken atop a mirror and so there’s the weaker reflection from the top surface of the glass and the stronger reflection from the silvered lower surface. The setup was a single strobe off camera left angled in such a way that the light from the flash bounced off the mirror away from the camera, and with the exposure such that the ambient light was close to zero to get the black background. 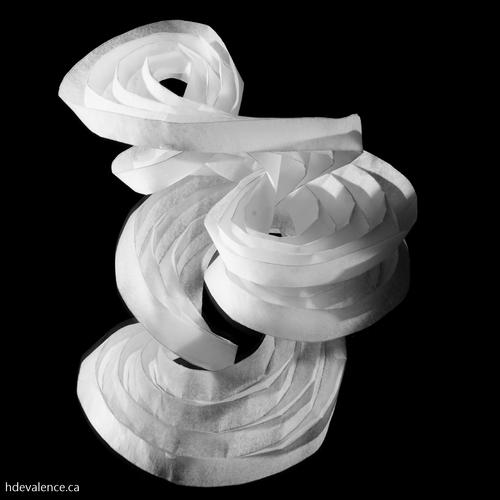 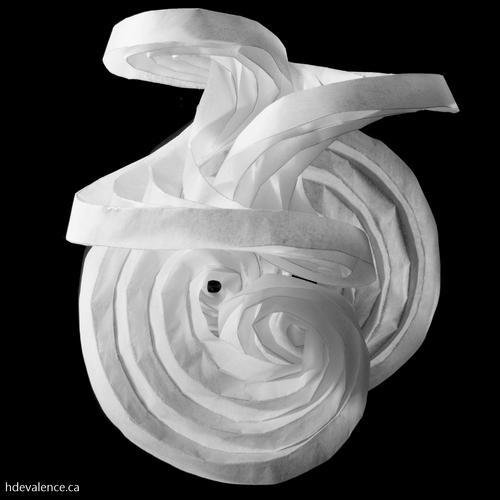 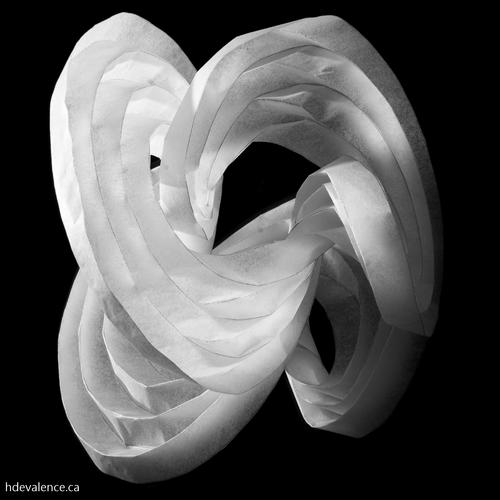 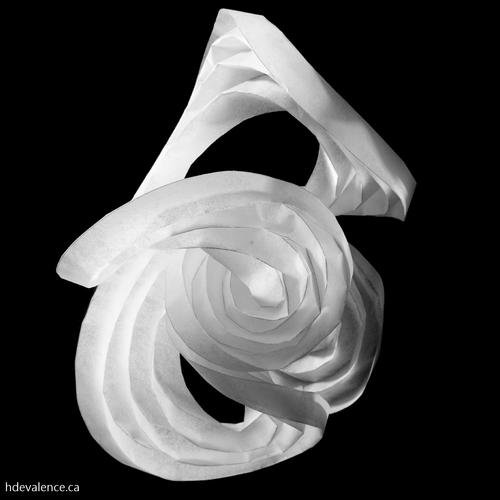 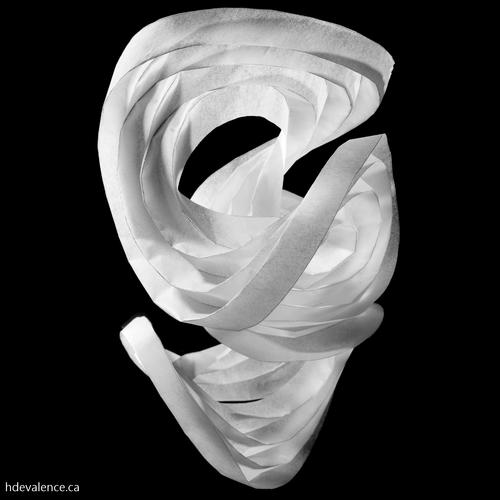